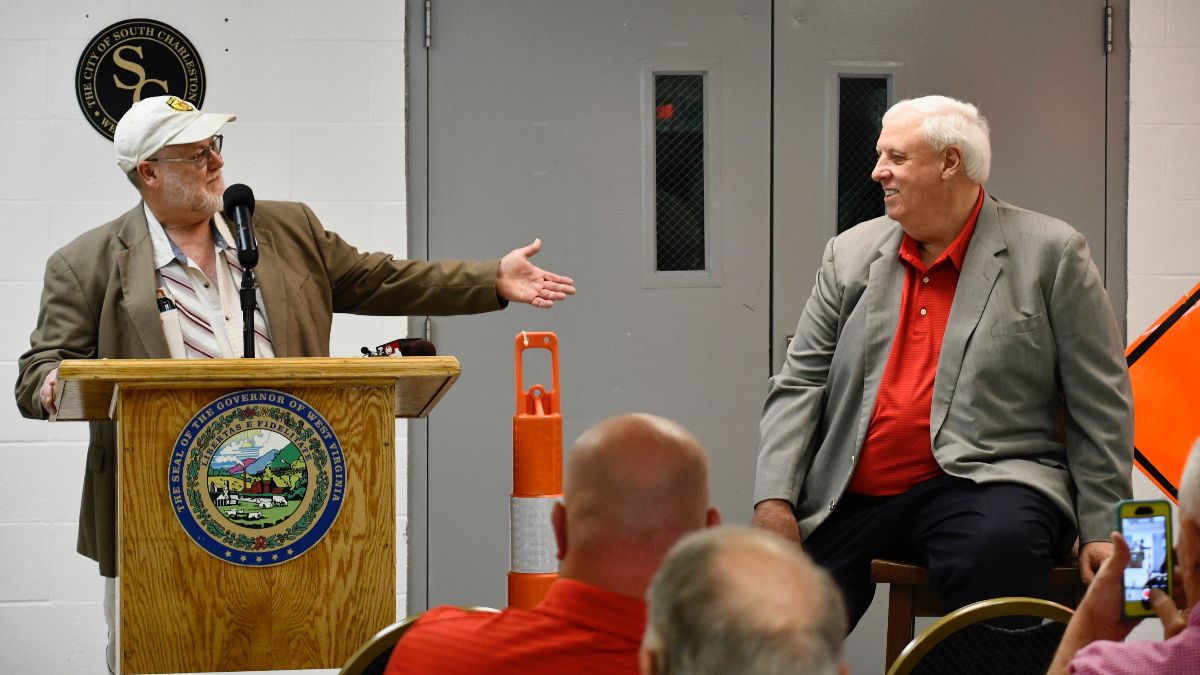 SOUTH CHARLESTON, WV – Gov. Jim Justice and leaders from the West Virginia Department of Transportation held an event today to announce that the contract for the Jefferson Road Improvement Project has been awarded to Kokosing Construction Company.

“This is truly a giant step toward getting this project on the move once and for all,” Gov. Justice said. “I’m so happy to help push this much-needed project across the finish line because it is going to make our people safer and boost our economy in this area all at the same time.”

The announcement was made from the South Charleston Community Center, which sits along the often-backed-up Jefferson Road.

The scope of work for the project includes multiple measures meant to alleviate heavy traffic patterns on Jefferson Road between MacCorkle Avenue and Corridor G (US 119).

“We have so many people coming to this area from all over to shop at Corridor G, but for many, many years, when you come off the interstate, traffic has been a nightmare,” Gov. Justice said. “This project is finally going to keep people moving so that they can get where they need to go.”

The project will include putting in an overpass bridge over the railroad tracks where Jefferson Road intersects with Kanawha Turnpike, meaning drivers will no longer need to wait on trains in this area. At the same intersection, crews will also add Kanawha County’s first ever roundabout beneath the overpass, to eliminate the need for the existing stoplight.

The project also calls for the widening of two miles of Jefferson Road between MacCorkle Avenue and Corridor G. This will transition Jefferson Road from a 4-lane road to a 5-lane road.

A shared use path will also be added for pedestrians and cyclists to use.

When the project is complete, excess dirt will be used by the city of South Charleston to fill in the fly ash pond along MacCorkle Avenue, allowing for a new shopping plaza to be built.

“Even a project like this, only two miles, will have a world of impact and help this area and our state for years to come,” Gov. Justice said. “And this is only one project. We’re doing all kinds of projects across the state right now that are going to make life better for all West Virginians, that’s all there is to it.”

A total of $46.8 million has been awarded for this project through regular Federal Aid funding. This improvement project is not associated with the governor’s Roads to Prosperity program.

The Jefferson Road Improvement Project has an estimated completion date of December 2022.